YOUR WAY OF UNDERSTANDING ART

The most enthralling, as well as liberating factor about art, is how it isn’t like a confined space, restricting you within four walls. Art gives you the freedom to explore the insides of your mind to come up with an explanation for the work of art that is staring back at you. It is open to the interpretation of the idiosyncratic theories and opinions of the onlooker.

Christo said,” The work of art is a scream of freedom” and it shares the same autonomy with you to let out your means of expression. When it comes to understanding art, there are no wrong answers as art in itself is symbolic of freedom of expression. You certainly don’t need to have an art degree to comprehend art but only your own worldview and an open mind.

Looking Beyond The Obvious

The power of art seldom lies in the little corners of a canvas, pining for your vigilance so you can begin the beautiful journey of unraveling it.

Your eyes will first lead you to the art styles that artists are following which refer to the techniques they are employing. Start with observing the brushwork, whether you see thin brushstrokes or thick ones. Then, jump on to decode if the paint seems layered with multiple coats of paint which are commonly called impasto, frequently used by Vincent Van Gogh in his famous paintings.

The color palette speaks more than you think and can convey ideas about the art movement the artist was a part was or was necessarily following. Subtle color schemes playing with delicate paints and the natural effect of light can be a part of Impressionism.

Further, the paints used could inform you immensely about the time frame it was created it. If you see acrylic paints used, then it’s definitely not too old as they’ve come up only recently. You must pester yourself with some questions to arrive at critical conclusions and opinions.

“Every artist dips his brush in his own soul, and paints his own nature into his pictures.” – Henry Ward Beecher

This has been rightly saying for all famous artists who leave ounces of themselves in their works of art. So, getting to know the artist is an essential step for art appreciation as well as to get an in-depth view of what the artist was trying to convey.

A person is a sum of their surroundings and truly so, it’s imperative to know the period in which artists reached maturity and witnessed events that moved them to channelize their emotions onto blank canvases.

Scream is a famous painting by Edward Munch who was a very important artist with unique art styles. Now let’s go on to see how researching about the artist as well as his surroundings helps one to analyze this painting.

This painting became one of the most accurate representations of the psychological state of humans in the 20th century. It became a part of his autobiographical series, the Frieze of Life which dived into his favored themes of life, death, and despair. When asked about the inspiration behind the painting, his notebook said more than he did. One day he was in France when he stopped and looked around and felt a scream coming from nature which then resonated in his body.

So, we can make out that this painting is a representation of how he feels about what he sees in the world. The sky is painted in dark blue hues, lending a gloomy backdrop to the painting which suggestive of a foreboding of sorts. The swirl pattern could be symbolic of the confusion that he might be feeling.

This information only came to us through a thorough study of his background which brought to light the essence in which it was created as well as what, message it was trying to convey onto the audience. We had been paralyzed without this crucial information and this piece of art would’ve just been reduced to a grotesque figure depicting extreme emotion of some sort.

Know That Sometimes It Does Not Have Any Symbolic Significance

Having said everything about how art is a narrative of sorts, there are many forms of art that do not need to be cracked.

Abstract art, for instance, doesn’t necessarily have a meaning or symbolic significance to it. It isn’t always a narrative with pending scrutinization but seldom is only to invoke a certain kind of emotion like tranquility or trigger creativity or inspiration.

Let’s glance at Ancient Sound, Abstract on Black which is a piece of abstract art by Paul Kee, equally worthy of art appreciation as well as for clarifying art definition as any other work. It does invoke certain calmness into the onlooker with it’s the aesthetic placing of colors that go from darker to lighter.

Abstract art can be used for further diversifying the art definition by focussing on the ingredient elements like the texture, style, brushwork, etc. An abstract artist’s skill lies at meticulously mastering brushwork which turns out to be visually appealing.

Art makes us retrospect and look within ourselves for explanations. It could also make us feel certain ways without conveying a story, so understanding it as a form depends on how we perceive things. 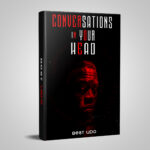 Books: Conversations in Your Head by Best Udo

80 Anniversary Paragraphs for Him

Is a Red String Bracelet Synonymous with Hope and Good Karma?

Shape Your Career in Networking with CompTIA Network+ Badge. How Exam Dumps Can Help You

5 Famous British Artists Who Can Be The Inspiration Behind Your Next Art Acquisition!

Why It’s Essential to Be Cisco Certified? How You Can Ace Your Tests through Exam Dumps?

This site uses Akismet to reduce spam. Learn how your comment data is processed.